The trainers’ guide to protein powders 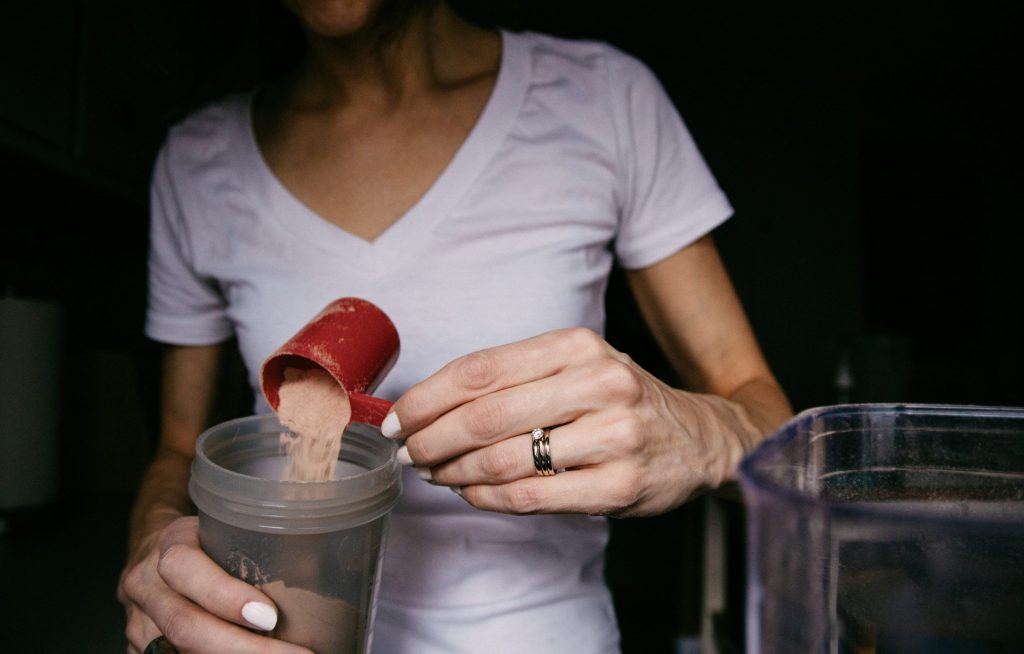 For the Personal Trainer and Fitness Professional, or those individuals seeking to gain lean body mass, the quality of protein consumed is an important dietary factor. Protein’s value cannot be overstated due to its role in protein synthesis and increasing lean muscle mass in conjunction with resistance training. Not only is protein required for muscle hypertrophy, but also for repair and regeneration of damaged cells and tissues resulting from intense training and stress.

Strength athletes and physique competitors should obtain the majority of their protein from whole foods, but the convenience, simplicity and even cost-effectiveness of protein powders, drinks and protein bars can’t be ignored.

Whey and casein are both milk proteins and the A-listers of the protein powder world. Research has shown that when combined with resistance training, milk proteins have been linked to increases in protein synthesis and muscle strength. Despite the fact that the digestibility and absorption of whey and casein differ, both types of protein have been reported to increase the anabolic response to exercise. But the world of protein supplementation doesn’t end in the milk aisle. A number of protein products have popped up that are derived from various sources. Some are aimed at restricted populations, while others are trying to be the next whey. Keep reading to learn which one is right for you.

Many refer to whey as a “fast-acting” protein, which means that the body breaks it down and absorbs it relatively quickly. Whey is split into several forms via isolates, concentrates and hydrolysates. Fundamentally, the differences lie within the processing method. Whey isolates are a very high-quality protein. They are quickly absorbed by the body and contain 90 percent or more protein by weight, very little fat and almost zero lactose. Whey isolates are considered more specific to the protein itself, compared to whey concentrates, which contain larger amounts of other materials. Whey concentrate contains between 25 percent and 89 percent protein by weight depending upon the product.

A well-known study published in the Journal of Applied Physiology showed that whey hydrolysate supplementation increased muscle protein synthesis to a greater extent than soy and casein — both during rest and after resistance training in healthy young subjects within the first three hours post-ingestion. While at rest, whey protein was shown to be 93 percent and 18 percent more effective than casein and soy, and whey protein was 122 percent and 31 percent more effective than casein and soy post-exercise. However, due to the large differences observed between whey and the other proteins, it’s likely that whey protein isolate (WPI) or whey protein concentrate (WPC) would have yielded similar results as the whey protein hydrolysate used in the experiment. Another study found that hydrolyzed whey isolate can increase actual gains in lean mass and strength over 10 weeks compared with casein. It seems that the various whey proteins are the superior choice post-workout for those seeking muscular gains. 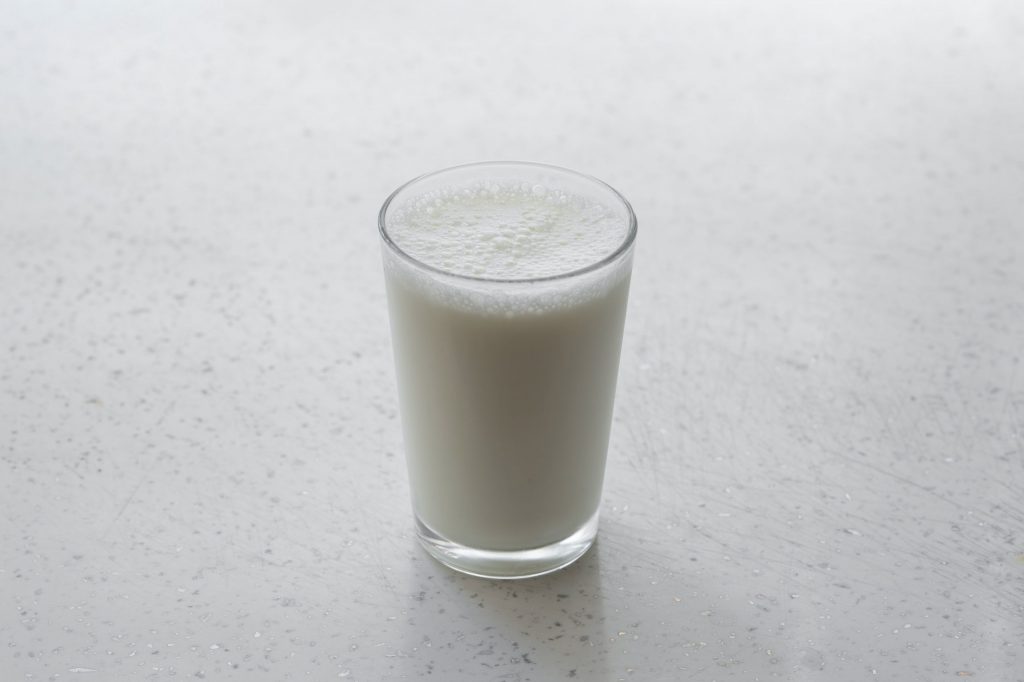 Casein is composed of roughly 80 percent bovine milk protein and is known as a “slow-acting” protein. It takes slightly longer to digest as it gradually releases amino acids into the bloodstream. Interestingly, the ratio of protein in a glass of milk is about 20 percent whey to 80 percent casein. Casein also has a different amino acid profile compared to whey and contains 10 to 20 percent less essential amino acids per gram of protein, although it is especially high in glutamine. Casein actually forms as a clot in the stomach and comprises casomorphin proteins, which act as natural opiates that decrease gastrointestinal activity. Casein has also been shown to provide elevated levels of amino acids that may be beneficial to ingest in the evening hours, specifically before sleep considering the overnight fast. Another advantage for those who are dieting is that it seems to be a better appetite suppressor compared to whey.

In a head-to-head muscle-building matchup with whey, casein appears to lose. Researchers from the Exercise Metabolism Unit, Center for Aging, Rehabilitation, Exercise and Sport in Australia showed that 13 recreational bodybuilders who supplemented with 1.5 grams of whey protein isolate per kilogram of body mass per day increased their muscle mass and strength more than participants consuming an equal amount of casein during a 10-week supervised strength-training program.

Luckily, you’re not forced to choose one over the other, as a combination of the two is likely the best alternative. (A study published in the Journal of Strength and Conditioning Research examined the effects of protein supplementation on 36 trained men who followed a four-day-a-week resistance-training program for 10 weeks. Each subject ingested either a carbohydrate placebo, 40 grams of whey protein plus 8 grams of casein or 40 grams of whey protein plus 3 grams of BCAAs and 5 grams of glutamine per day. At the end of the 10-week experiment, significant increases in strength were observed in all groups. However, the group that consumed whey plus casein experienced significantly greater increases in lean mass.

Soy can be a confusing topic, as half of the world seems convinced that it’s a superfood blessed with curative powers. While soy may have some health-promoting benefits for many people, chances are you’re not one of them. A recent review revealed that soy foods and isoflavones can provide relief from menopausal symptoms and protect against breast cancer and heart disease, although the mechanisms of action are not completely understood. More rigorous studies are required to assess dose-response relationships and long-term health effects of consuming highly processed modern soy foods.

When it comes to building muscle, soy protein’s performance is a bit clearer. Just like whey, soy protein has a few subcategories, including soy flour, soy concentrate and soy isolate, which has the greatest concentration of protein. The majority of strength athletes avoid soy products mainly due to the isoflavones linked with soybeans. These are also known as phytoestrogens and have the ability to bind to estrogen receptors, which can mimic the effects of estrogens in some tissues and even block the effects of estrogen in others. Research indicates that there are some hormonal concerns regarding soy, as it does have a high potential for exhibiting estrogen-like effects, as well as a lower leucine content compared to whey protein.

Although soy is of similar protein quality to whey — based on Protein Digestibility Corrected Amino Acid Score (PDCAAS) — it does not increase muscle protein synthesis to the degree of whey protein. In a classic study published in 2009 in the Journal of Applied Physiology, whey stimulated muscle protein synthesis significantly better compared to soy protein post-workout. As such, soy protein is probably not the best option for those seeking strength and lean body mass gains. Those wishing to avoid soy’s potential hormonal disruption should consume whey and casein, given their overall greater effectiveness. However, for individuals who eschew animal protein or who may be lactose intolerant, soy is an acceptable choice.

When it comes to building muscle, steak and its attendant nutrients (namely, creatine and carnosine) is an attractive protein source for athletes. Beef protein is currently on the market for its use as a protein powder (beef protein isolate) via dehydrated and processed beef. At present, evidence does exist in supporting the use of beef protein in powdered form but lack substantially in comparison with Whey and Casein protein. Creatine content is a selling point for many beef protein products, although it is not known how much creatine is in each serving. By comparison, lean red meat provides 2 grams of creatine per 16-ounce portion, but a tablespoon of actual creatine monohydrate mixed with water provides about 5 grams. Furthermore, there is a huge cost associated with dehydrating copious amounts of beef into powders.

There’s no debate about the benefits of beef as a whole food, however. Previous studies have indicated that diets consisting of meat resulted in greater gains in lean body mass compared to subjects on a lacto-ovo vegetarian diet. Although there is an overall lack of the effects of beef protein and resistance-training outcomes compared to whey and other proteins, beef does exhibit tremendous value as a solid food and should be included in your nutrition program.

Beef protein could be a valuable addition to those who want to improve body composition but who might be lactose intolerant and want to avoid soy. Athletes who follow an ancestral eating program like the Paleo diet and avoid milk products can utilize beef protein powder while remaining compliant with their eating philosophy. 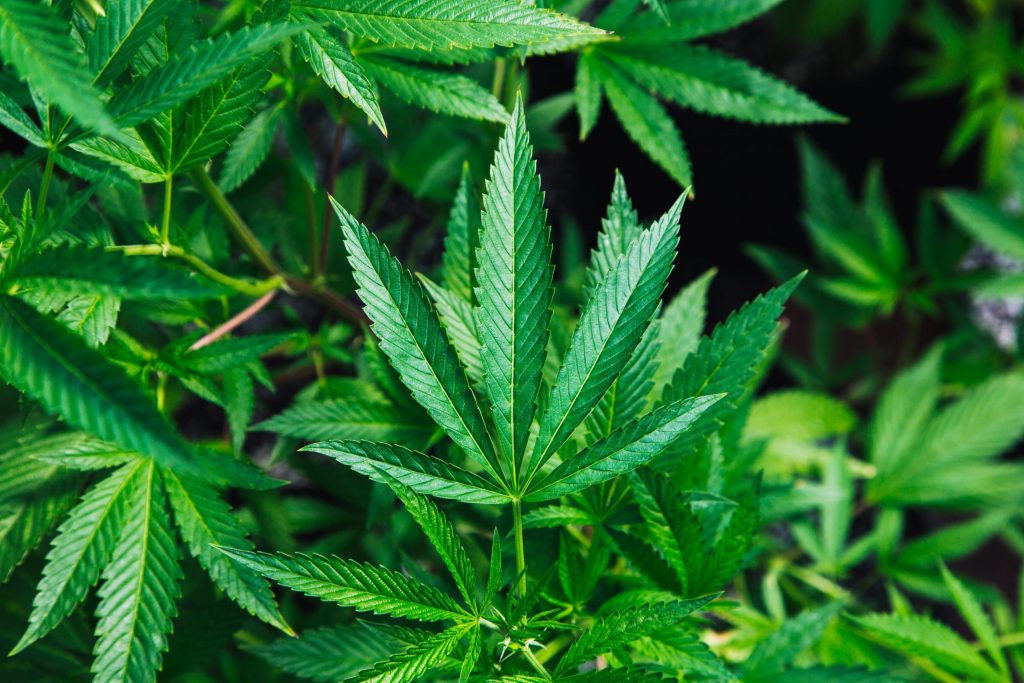 A member of the cannabis family, but without the psychoactive effects of its cousin, hemp protein comes from grinding the tiny, nutrient-rich seeds of the hemp plant. Hemp protein contains two blood-building proteins: edistin and albumin. Approximately 65 percent of the protein in hemp seeds stems from edistin and 35 percent from albumin. While not a complete protein source, many hemp-based products contain other forms of plant protein to round out the amino acid profile.

You can use hemp protein the same as any other protein powder, as it has a decent absorption rate and is moderately high in arginine and tyrosine but low in lysine and leucine. Since leucine’s effect on muscle protein synthesis and promoting muscle hypertrophy is well documented, those seeking gains in strength and hypertrophy are better suited to use whey protein or casein. To its credit, hemp protein does contain a significant amount of omega-3 and omega-6 essential fatty acids and it is high in fiber. Those may be the most attractive selling points for hemp protein, which is almost more of a meal replacement compared to a post-workout alternative. While there’s a lack of supportive evidence for hemp as a superior protein source, for vegetarians who want to avoid soy, it’s an acceptable choice to augment your workouts.

Egg protein is also a high-quality protein and is highly recommended as a supplement for hypertrophy training. Most hard-training athletes cook their own eggs and egg whites, or even hard-boil them, but egg-white protein powder (which originates from dehydrated egg whites that have been processed into a fine powder) can be a valuable and convenient replacement.

A study from McMaster University in Ontario, Canada, took six healthy males and randomly assigned them to ingest either 0, 5, 10, 20 or 40 grams of whole-egg protein (as a drink dissolved in 400 milliliter water with mixed amino acids) following lower-body resistance training. Subjects ingested each level of protein on five separate occasions. The researchers determined that a 20-gram post-workout dose was close to the optimal dose for peak protein synthesis when consuming egg protein. Nonetheless, consuming eggs as whole foods seems most optimal due to their nutrient benefits and convenience.

Most of you know the benefits of protein ingestion

The supraspinatus muscle is one of four small rota

📍Listen up, when it comes to training and perfo

Glute shape and size is both a combination of gene

So you think you can squat? 📍A big part of tra

Have you ever thought about what happens when you

When you think of “six pack” abs, you’re rea

Hello to all new followers and old ones. I thoug

Want some added posterior strength and a stronger

Hydrotherapies in any of its forms (water, ice bat 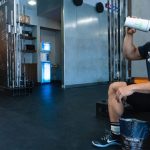