There is no Lactic Acid!

There isn’t any doubt that this is one of the most prevailing myths that continues to exist within the world of exercise and training. If you’ve ever purchased any exercise and aerobic cassette tapes (yes, I said cassette tapes) from the 80s or 90s, this is when and how the proliferation of these terms came about (despite the fact that the discovery of lactic acid came in the late 1700s by Carl Whilhelm Sheele, a Swedish chemist).

In current fitness and training culture, people still refer to this compound as “the burn.” This “burn” that so many continue to describe is technically called “acidosis.” Let’s be clear—although there is a physiological sensation, there isn’t any burn. Considering that the actual term is “acidosis,” the development of the “burn” in muscle has been traditionally explained as an increase in the body’s production of lactic acid. Unfortunately, coaches, and trainers alike believe that lactic acid or lactate production is the cause of muscle fatigue during hard exercise. It’s now known that most do recognize that lactate isn’t an evil substrate to metabolism. But do you know why and how?

The Swedish chemist Carl Whilhelm Sheele discovered lactic acid in the late 1700s (18). It has been stated that Sheele isolated an acid in sour milk samples and this led to him naming this acid ‘lactic,’ which means relating to milk. According to the historical explanation (18), by the early 1800s, the chemists had established the presence of lactic acid in other organic tissues including fresh milk, meat, and blood. Years later in 1833, the actual chemical formula for lactic acid was completed. By the mid to late 1800s, these scientists observed different isomers (atomic compounds with various energy states) of lactic acid alongside its development in fermentation reactions. Fermentation is an enzyme-driven process in an organic compound whereby the substance is split into simpler/smaller compounds. For those knowledgeable in nutrition, one noticeable effect is that lactic acid is a naturally-occurring molecule present in a variety of food products. It has and continues to be used to assist in the acidity of an assortment of foods and beverages, serving as a food preservative.

The fundamental understanding concerning lactic acidosis in humans can be traced back to some early researchers of skeletal muscle biochemistry through exercise. It was both Otto Meyerhoff and AV Hill who, in 1922, won the Nobel Peace Prize for their work on the energy of carbohydrate metabolism in skeletal muscle. Meyerhoff suggested that “lactic acid” was a side reaction to glycolysis (one of three main energy systems [18]). This solidified the acceptance of lactic acid production and acidosis into the mindset of academics, although the findings of their research were based on incomplete observations at that time.

Interestingly, lactic acid and lactate are used synonymously. However, they aren’t the same compounds. By definition, an acid can release a proton for pH conditions less than 7.0. Therefore, when lactic acid releases a hydrogen ion, the remaining compound (which is negatively charged) links with a positively charged ion (i.e. sodium [Na+]) to form an acid salt (i.e. sodium lactate [18]). A comprehensive review reports that lactic acid isn’t produced in the body, but rather lactate is the product of a side reaction in glycolysis (18). The fundamental difference between lactic acid and lactate is essential to understanding what the true markers of acidosis actually are. The idea that lactic acid causes acidosis and that lactate is a negative aspect of exercise physiology involving a high rate of ATP turnover simply isn’t true.

Glycolysis, which is the breakdown of glucose, is one of the most studied metabolic pathways in the exercise sciences. During glycolysis, carbohydrates in the form of either blood glucose or muscle glycogen (the stored form of glucose) are broken down through a series of chemical reactions to form pyruvate (glycogen is first broken down into glucose through a process called glycogenolysis). At the end stage of glycolysis via the breakdown of glucose, you get two pyruvate and two ATP. Once pyruvate is formed, it can go in one of two directions: conversion to lactate or conversion to acetyl coenzyme A (acetyl-CoA), which enters the mitochondria for oxidation and the production of more ATP (10).

Simply put, the conversion to lactate occurs when the demand for oxygen is greater than the supply (i.e. during anaerobic exercise via sprinting or high intensity resistance training). In contrast, when there is enough oxygen available to meet the muscular and metabolic demands (i.e. during aerobic exercise), pyruvate (via acetyl-CoA) enters the mitochondria and goes through aerobic metabolism. When oxygen isn’t supplied fast enough to meet the demand of muscular effort, an increase in hydrogen ions occurs, causing muscle pH and other metabolites to decrease (acidosis).

Here’s where things start to get misinterpreted. During vigorous repetitive muscle contractions, the ensuing ATP demand is near instantaneously met by a combination of the three main energy systems (phosphagen, glycolytic, and mitochondrial respiration). Please refer to part one of “The Truth About Energy Systems,” which explains these systems in greater details. During very intense exercise (high intensity resistance training, multiple Prowler® sets, moderate to high rep sets), an accumulation of protons occurs in the muscle due to a much greater involvement of the phosphagen and glycolytic energy systems providing ATP for the muscle contraction. Due to the demands of training, the cells are utilizing a lot of glucose (from glycolysis) and muscle glycogen (stored form of glucose). The pyruvate molecules as well as the protons (from ATP splitting called hydrolysis) begin to accumulate in the cell from the heavy training. Every time an ATP molecule is split for energy by a water molecule (hydrolysis), it is broken down into ADP and an inorganic phosphate with the release of one hydrogen ion (also used interchangeable via a proton), which is derived from the water molecule. It is the actual increase in protons that causes acidosis, which is measured by a reduction in pH below 7.0.

In efforts to neutralize the rising accumulation of pyruvate and protons (from the splitting of ATP), each pyruvate molecule absorbs two protons into its structure, thereby converting to lactate. In other words, lactate production is really a consequence of cellular acidosis, not the cause of the acidosis. This is the point where misinterpretation originates, and numerous educators and researchers still consider that lactate production is the cause of acidosis. Putting it more simply, lactate production actually retards acidosis, acting as a provisional ‘neutralizer’ or ‘buffer’ to the cells’ increased accumulation of protons during high intensity training.

Here’s an interesting side note for those who like supplements. Because lactate is a temporary ‘neutralizer’ or ‘buffer’ to the cells’ increased accumulation of protons during high intensity exercise, this is where specific supplements such as beta alanine (1, 8, 9), sodium bicarbonate (13–15), and even creatine (2, 4, 20) can play a crucial role in helping to buffer those hydrogen ions/protons.

Considering these physiological events, lactate production is actually a good thing and not detrimental for contracting muscle. In actuality, it has been falsely blamed for the cause of acidosis. An increase in acidosis can accumulate rapidly (depending on the type of training). As a result, a number of issues occur that can significantly lower your performance and interfere with everything inside and outside the muscle. Due to the loss of performance, muscles lose their ability to contract effectively, and muscle force production and exercise intensity are ultimately ceased. So lactate production doesn’t cause acidosis. It just accompanies the acidosis and acts as a defense mechanism to the body.

Another misleading aspect of lactate that many claim is that of the actual occurrence. Specifically, for whatever reason (often illogical and due to a lack of knowledge of metabolism), some believe that the increase or actual production of lactate occurs only through training. This is not only very misleading but creates erroneous and false thinking. Even at rest, a small degree of lactate production takes place (3), which indicates that there must also exist lactate removal or else there would be lactate accumulation occurring at rest.

Typically, lactate clearance happens within 30 minutes following training, depending on the nature of the training and how highly trained you are. The primary means of lactate removal is its uptake by the heart, liver, and kidneys as a metabolic fuel. Simply put, you are producing lactate at rest as well as during training (3, 10). It’s the same principle for fat. You don’t burn fat only when training at high levels of intensity. You do, in fact, use fat at rest. In fact, the accumulation of muscle and blood lactate after exercise can be oxidized back to pyruvate for gluconeogenic conversion of glucose in the liver or it can be converted back to pyruvate in the muscle for mitochondrial ATP production (5, 12). It’s simply a fuel source.

If the muscle didn’t produce or couldn’t produce lactate, there would be no means to rely on additional ATP from glycolysis and no reaction would take place to regenerate energy. Specifically, lactate is a good thing. As one becomes more highly trained, both within resistance training and endurance training, your muscles develop more mitochondria (one of many adaptations to resistance training and endurance but predominately endurance). Increased mitochondria means that you can take up even more lactate and use it for energy. After adaptation is maximized through training (i.e. several months [17]), blood lactate levels will actually decrease for a given exercise intensity (for the most part), which means that you’re taking up lactate more efficiently and have an increased clearance rate.

Due to the greater demand of the phosphagen and glycolytic energy systems during high intensity training and with increased exercise intensity, there is a shift toward the recruitment of fast twitch muscles, which are used more extensively and have a greater affinity toward glycolysis. The increased usage of fast twitch fibers shifts energy metabolism away from mitochondrial respiration into more glycolysis, which will eventually lead to increased lactate production. This is due to the fact that fast twitch muscle fibers have fewer mitochondria than slow twitch or aerobic endurance fibers (6, 11, 16, 22). Thus, during high intensity resistance training, there is a greater accumulation of protons causing acidosis because of the extensive use of the fast twitch fibers (with few mitochondria and less uptake of protons).

In addition, lactate has also been falsely accused of causing fatigue in the muscles during training. It has been shown that fatigue is a highly complex phenomenon resulting from a combination of impairments throughout the human neuromuscular system, including gender differences (7, 19, 21), and has nothing to do with lactate. Further, a continued belief is that “lactic acid” buildup in the muscle causes muscle soreness. This is probably the worst and dumbest statement anybody could ever make. It’s called delayed onset muscle soreness (DOMS) and it has never been or ever will be directly related to lactate.

The bottom line is that because we’re now aware that lactic acid doesn’t exist and we’re further educated regarding the true nature of actual lactate and all its implications of training, the case is closed! 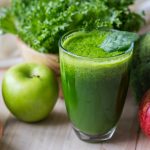 Pulp Fiction: The truth about detox!Articles 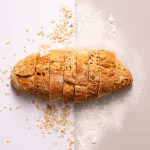