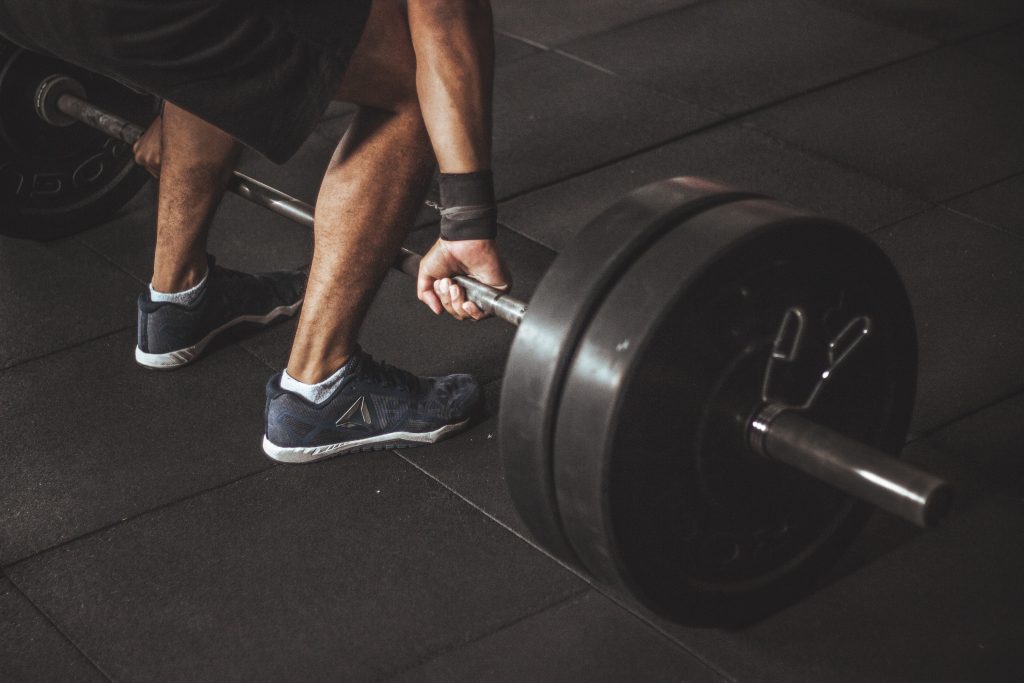 Let’s face it, when it comes to maximizing performance in the gym and on the field, most athletes and coaches have no idea how to actually train to develop true strength and power capacities, let alone how to manipulate force and velocity.

While strength and power training are both extremely popular training modalities, only a small percentage of programs actually create powerful synergies between ALL the components of strength and power in order to maximize these physical characteristics at the highest of levels.

We see coaches and trainers implementing programs all the time that are likely to engage in parts of the total strength or power spectrum, or choose to train movement patterns under traditionalist strength or power rep and intensity schemes, but it’s simply not enough. If you want to become a monster athlete and be strong and powerful as possible, you must train in all spectrums of the force velocity curve simultaneously.

Here’s how to break through strength and performance plateaus and fine tune your programming by structuring your training according to the missing link in nearly every training program across the board.

Most people are familiar with the force velocity curve of training (Figure 1). It really means that as concentric force goes up, velocity or speed of the movement goes down. In other words, the heavier the load, there is a significantly slower movement speed. While this is true overall, the way to actually overcome the decreased velocity is to train at all points of the curve year-round. Here is how the curve is laid out: 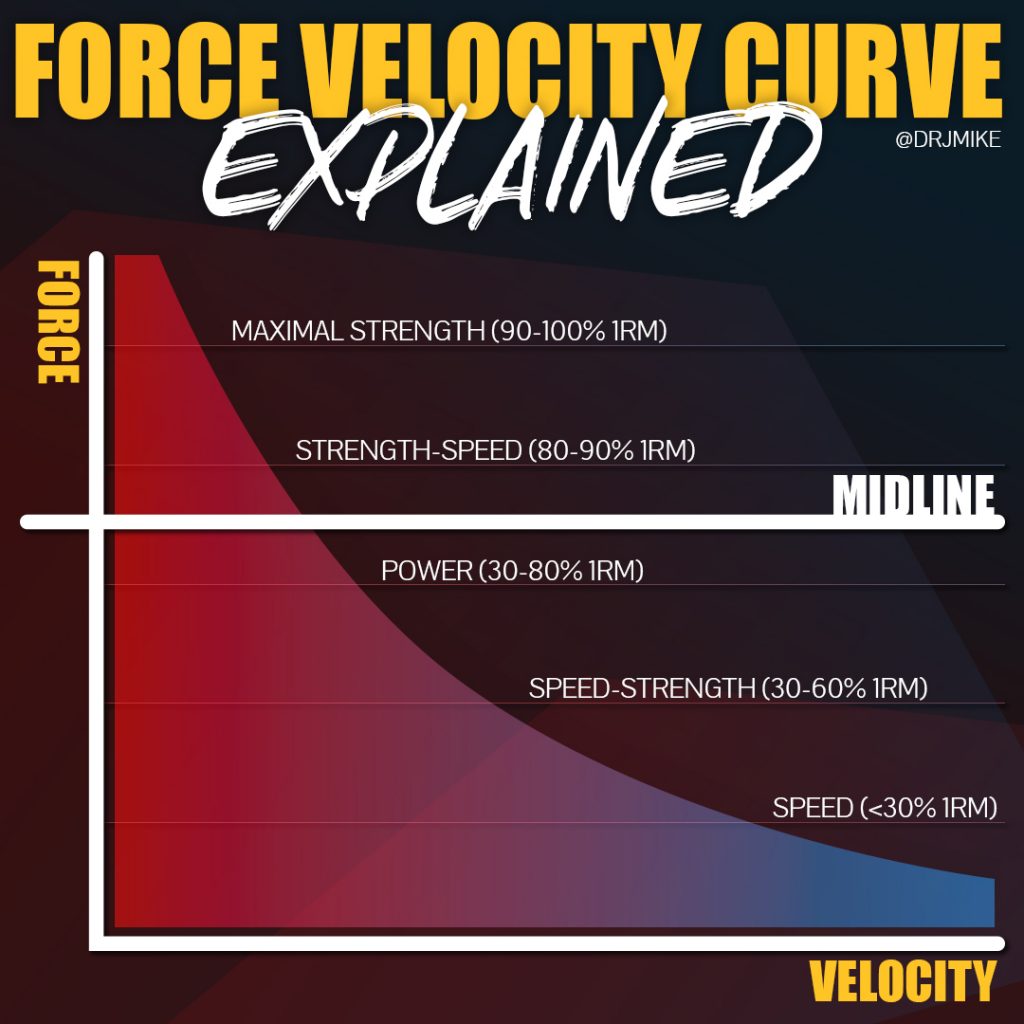 If you notice, max strength is at the top portion indicated more 90+% 1RM (rep max) followed by strength speed (more on this in the later sections). However, I would actually put power below maximum strength because it has such a large percent range via 30-85% depending on the sport and or even exercise.

For example, squat jumps have been shown to produce max power output between 40-45% whereas the second pull for Olympic lifting in the clean and jerk and snatch is between 80-85% max power production.

Sounds great, huh? However, the overwhelming majority of strength and conditioning programs and even other training methods take advantage of the curve above the midline (as shown on the white line in the chart above). This means that most programs focus on max strength and aspects of power production at specific ranges but neglect below the midline for strength speed (strength in the conditions of speed; moving heavy weight fast) and speed strength (speed in the conditions of strength); moving light weight fast.

Most people, especially novice trainees and even intermediate and advanced athletes, spend too much time above the midline instead of focusing on the entire curve throughout the yearly training cycle. Most periodization models (linear, non-linear, daily undulating periodization, etc) focus too much on the upper half of the curve with the exception of conjugate system. When you emphasize too much above the midline, your strength speed and speed strength (i.e. dynamic effort) will suffer long term because of it, as will your max strength will take a dive.

It’s a delicate balance of art and science.

Max strength is defined as “lifting a maximal load against maximal resistance,” and “should be used to bring forth the greatest strength increments”. Most programs devote two training sessions per week to focus on Maximal Effort Training:

However, there are variations of this and this is not set in stone. One day per week is dedicated to maximal effort training for the squat and/or deadlift. On this day the trainee must choose either a squat OR a deadlift variation and work up to a 1-3 repetition maximum (1-3 RM).

I’d note the use of a Good Morning variation is also acceptable but almost exclusively in the form of a 3RM. This is known as the “Main Move” and must be the first exercise of the day. This same concept is used for upper body, as well.

Following completion of the main lift, the trainee must focus on improving her/his individual weaknesses through the use of special exercises. No two people will have the exact same accessory work, as each and every person requires specific and individualized programming to improve her/his specific limitations. As such, set and repetition schemes (more on that below) are highly variable and entirely dependent on the situation.

In order to utilize the maximal effort method as often as possible without overloading the system, you must choose a different variation of the squat or deadlift and bench press every single week.

The most important things to keep in mind when choosing variations are:

Dynamic effort work (DE) is a non-maximal load with the highest attainable speed, and devotes two training sessions per week to focus on upper and lower body work.

For example, this occurs in a 3-week pendulum wave. The trainee must choose any type of upper or lower body variation and perform 10-12 sets of 2 repetitions at 40-60%. Sometimes you can perform 5×5 at 50-60% for added work capacity and training density.

Similar to max effort days, DE days are considered the main lift as well for that day followed by the necessary accessory work.

Here are some examples you can use to train dynamic effort for upper and lower body:

Here’s the thing. Most people talk about max strength as if it’s one variable. The truth is it has many variables ranging from everything physiological, cellular and molecular, as well as factors that contribute to force production.

Explosive strength is strength speed (moving heavier weight fast) and speed strength (moving light weight fast, as previously mentioned). Both are extremely important and essential for the ultimate goal of producing force. This certainly has every bit of application to the force velocity curve.

For example, if your goal is to increase max strength on your bench press and if you continue to focus most of your efforts on grinding strength (heavier loads on a regular basis without varying tempos, and without focusing on your weak points and accessory movements), your max strength is going to suffer because of it. 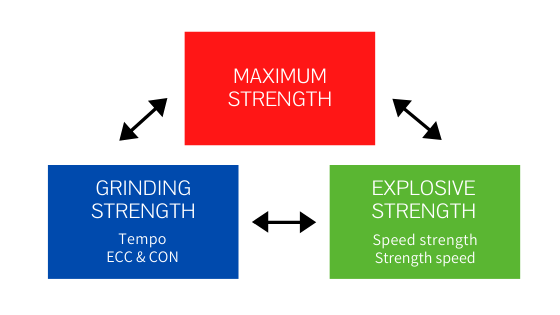 This component is regular bodybuilding training to enhance muscle hypertrophy. This method is defined as “lifting a non-maximal load to failure.” But as opposed to purely aesthetics and Instagram selfies, this method is used to enhance specific muscular and areas of focus to train more weak points and assist in increasing your main gym/competition lifts.

One major disadvantage of the rep method is that each set is carried to failure. This makes it very difficult to increase your volume and work capacity over time because of the amount of recovery needed. However, I often recommend for novice and intermediate trainees to stop 1-2 reps short of failure. The main goals of these movements are to complement the overall training program, not take away.

The parameters of this method are highly variable varied and depend upon the individual. Some individuals develop optimal hypertrophy with high reps and other with low reps. Not one specific repetition range works universally although based on the current science to gain optimal hypertrophy, its best to train in all rep ranges. This is a rather large range, but as I mentioned before, everybody is different. If you’ve been training for some time, I bet you have a better idea of what works for you than I could ever prescribe.

The load to be used should fall in the 60-80% of 1RM range and you should always leave a rep or two at the end of each set as previously mentioned. Try to switch the exercise after every 3-5 workouts in which it’s used. If you decide not to vary the exercise then use a different angle, equipment, bar etc, and add an extra set for a few weeks.

The conjugate training system works so well because it incorporates all three components via max strength, dynamic effort, and rep method. The use of accommodating resistance (the use of bands and chains) is also a big component of the conjugate system.

I get this training system can be extraordinarily complicated and I’ve thrown a ton of information at you. In an attempt to make the programming aspect easier for you to begin to implement, I have created the sample program below outlining the major components highlighted above. Keep in mind, these are only some of the hundreds upon hundreds of exercises, but you can see how these methods can be implemented into a program design.

Adapt a more open training philosophy and be conscious of your program and athletes.

Max strength is affected by grinding strength, explosive strength and they are all directly related. Therefore, they need to be trained consistently in order for you to continue to see increases in performance. 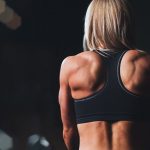 Truth about back work for increased performanceArticles 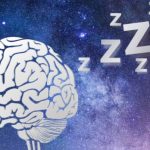